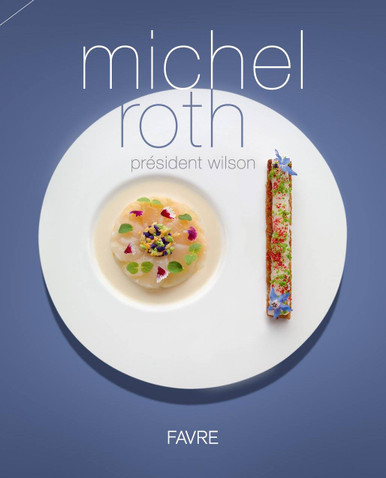 Discover the secrets of Michel Roth's iconic dishes as well as the behind the scenes of the kitchens of Hotel President Wilson...

Since the arrival of Michel Roth in Geneva, the Hotel President Wilson and its gourmet restaurant Bayview have been stirring up the taste buds of the most discerning gourmets. Chiseled as pieces of ornate gold jewelry, Michel Roth’s dishes embody the culmination of culinary achievement. This book introduces you to an extraordinary chef through the signature recipes that make Bayview, the gourmet restaurant at Hotel President Wilson in Geneva, a center of excellence. Dive in behind the scenes of this luxurious Genevan hotel and its restaurants to discover the secrets of the great dishes that have made Michelin-starred Bayview one of the best restaurants in Geneva. Genevois and international customers fell in love with Chef Roth’s refined and daring cuisine. This is how Michel Roth decided to create his second cookbook - after the Ritz - dedicated to the Bayview's iconic recipes and the luxurious palace in Geneva.

Coming from the Ritz in Paris, Michel Roth had already developed his talent at Lasserre and Ledoyen. In Geneva, he heads four brigades. That of Bayview, of course, but also of Umami, the Japanese-inspired summer restaurant. Then there is Arabesque, the best Lebanese restaurant in Geneva. And finally, the hotel’s outstanding catering service.

Michel Roth is now a model for younger generations of cooks (he is one of the seven French Bocuse d'Or graduates in France today). On July 14, 2006, Michel Roth was appointed Knight of the Order of the Legion of Honor. In September 2012, he joined the President Wilson Hotel, A Luxury Collection Hotel Geneva, as Executive Chef and took over the kitchens of the Bayview Restaurant which would be awarded its first Michelin star a year later, as well as the prestigious rating of 18/20 at Gault & Millau.

Combining the techniques essential to a Meilleur Ouvrier de France, the quest for perfection that involves obtaining the Bocuse d'Or, and the poetry that earned him the title of Promoted Romand of the year awarded by the Gault & Millau, he shares with you his gourmet secrets.

Published by Editions Favre, this book includes no less than 81 recipes, illustrated by the sublime shots of the Scottish photographer Grant Symon. Starters, fish, meat and desserts are available in two collections: autumn/winter and spring/summer. This book is resolutely modern and up-to-date, as is the cuisine of Michel Roth, who constantly evolves with his time.