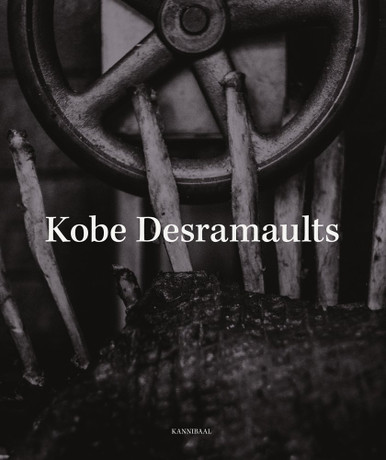 Kobe Desramaults is a Belgian Michelin-starred chef. He became famous with his restaurant 'In de Wulf', which he deliberately closed at the summit of its success. Today he runs 'Chambre Séparée' in Ghent and is the owner of 'De Superette', also in Ghent. Desramaults did not graduate as a professional chef, but started cooking at the age of 17 and held internships at, amongst others, Oud Sluis (Sergio Herman) and Comerç 24 in Barcelona. In 2005 he received his first Michelin star, at the age of 25.

This book is the result of a three-year period of intensive collaboration with Kobe Desramaults. It contains exceptional photographs by Stefaan Temmerman, Sarah Vitale and Piet De Kersgieter, together with 43 'food stories'. In these texts, Desramaults reveals the secrets behind the pure and authentic cuisine of 'In de Wulf' and 'Chambre Séparée'.

"This book is an accurate reflection of what amounts to one of the most important phases in my life. It is intended to capture the end of one phase (In de Wulf) and the start of another (Chambre Séparée). Every end is a new beginning. Every farewell carries the seeds of a new passion.

Each day I want to feel the euphoria of creating something new. No matter how good a new creation might be, after two weeks, it’s no longer ‘alive’ for me. Restlessness is ever-present in my life. The quest for enlightenment, on both a personal and professional level, is perpetual.

You won’t find actual recipes in this book, just stories about the origins of my dishes. I never write down recipes. My cooking doesn’t follow a set formula because it is constantly evolving and inspired by the moment. Which is what everyone should aim for in the kitchen."