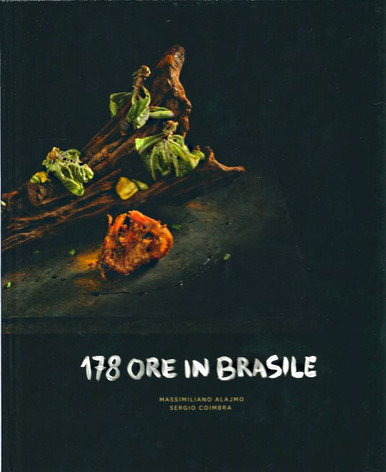 Max Alajmo of the 3 Michelin-starred Le Calandre restaurant begins his story of his time in Brazil, which resulted in several surprising recipes that combine the chef’s personal style with the traditions and ingredients of Brazil. The recipes clearly represent the joy and enthusiasm Max felt during his time spent with Sergio Coimbra, the great Brazilian photographer and author of the photos of Fluidità, the Alajmo brothers’ second book.

"After postponing our trip to Brazil several times due to various work commitments, we were finally able to enjoy this week, or rather, these 178 hours in the great country of our great friend. The trip took shape following Sergio’s invitation to present in his very own studio. It ended up becoming much more than a book party and was instead an explorative journey that ended up proving to be a real life experience."

"I remember" says Max "the trip like a vacation or recreation, in the etymological sense of the term: the emergence of the new, or physical and moral refreshment. From the spiritual point of view, I returned with memories of great humanity, affection, spontaneity, respect and conviviality."