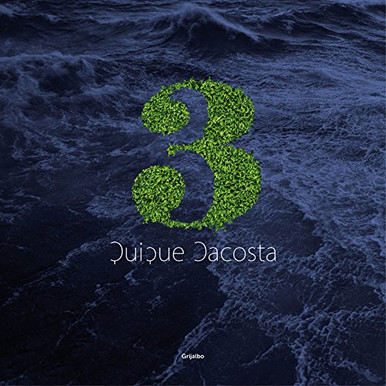 With texts in both Spanish and English, this book traces the creative experiences of this three-Michelin-star chef during the year that he was awarded his prestigious third Michelin star. The story begins one week before the annual Michelin ceremony when Dacosta traveled to Monaco on the invitation of Alain Ducasse, to celebrate the 25th anniversary of Ducasse's Le Louis XV restaurant at the Hotel de Paris.

Landing in Nice, Dacosta begins to write on his iPad the emotions of the moment: distance, remoteness, closeness, novelty, curiosity, fears. Thus begins this book, which tells how a whole life dedicated to a job as hard and exciting as a chef, who would see in a few days all the dreams and goals are fulfilled. The challenge to what is established in an unusual proposal, counted in six acts and developed in fifty mouthfuls, which are largely eaten in the absence of cutlery. All gathered in a very peculiar staging: tables of seven legs, without tablecloth, in a Mediterranean atmosphere, sober and elegant. In short, the story of the only restaurant in Spain that would reach three Michelin stars outside Catalonia and the Basque Country

This book commences with a journey through Dacosta's experiences on that trip, from the moment he arrives until he returns to Spain, as well as his emotions and sensations in the days leading up to the Michelin Gala - all told in first-person by this world-renowned chef.

Sitemap | All prices are in USD Copyright 2021 Le Sanctuaire.