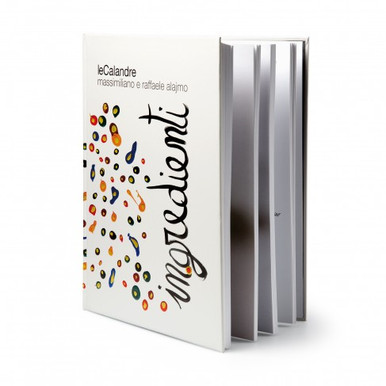 Sorry but this item is currently unavailable.

Please check back at a later stage.

From Massimiliano and Raffaele Alajmo, acclaimed chefs and creators of three-Michelin starred Le Calandre, comes this fabulous collection which represents the Alajmos' glorious interpretation of the combination of Italian and Spanish style cuisine. Winner of the “Gourmand World Cookbook Award 2007″ as the best cookbook in the world, In.gredienti is Massimiliano and Raffaele Alajmo’s first publication. They have managed Le Calandre in Sarmeola di Rubano, outside Padova, since March 1994. This book, in 434 pages, summarizes their personal history and the gastronomic philosophy that has made “Le Calandre one of the most important restaurants not only in Italy but also in the world.