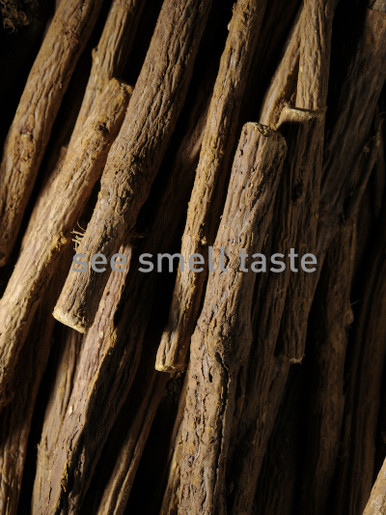 Licorice has been used in food and medicine for thousands of years. It was used by ancient Egyptians as drink flavoring, and large quantities were found in King Tut's tomb for his trip into the afterlife. Also known as "sweet root," licorice root contains a compound that is about 50 times sweeter than sugar. It is one of the most widely used medicinal herbs worldwide and is the single most used herb in Chinese medicine today. Net weight: 0.4 lb.