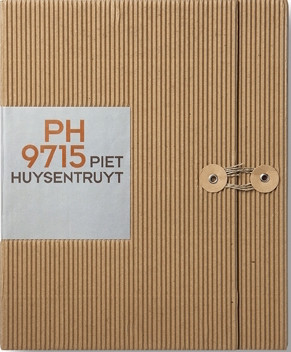 PH 9715 is a collection of two books on the gastronomic life of Piet Huysentruyt, head chef of the Michelin-starred Likoké in the southern French village of Les Vans.

The first book is a reissue of the controversial book Contemporary & Quirky which appeared in 1997. It is an iconic book full of sharp statements by Huysentruyt against the then prevailing establishment and gourmet recipes that were ahead of their time in terms of taste and ingredients used.

The second book Likoké - Full circle was published in 2015 and is about identity, teamwork, respect, frustrations, , and a West Flemish peasant. This book is a synthesis of an experienced taste mixer and a young kitchen brigade. Together they cook according to the latest techniques, often based on combinations of ingredients that were once used. The link with the first book is never far away.