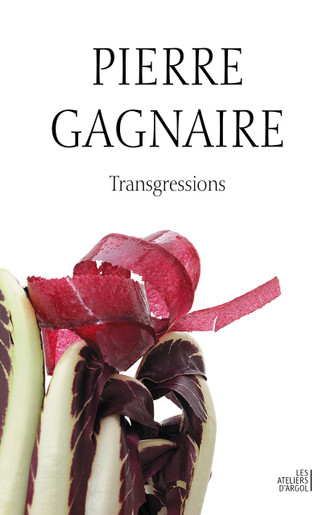 Cuisine by Pierre Gagnaire: Creation, aesthetics of taste and emotion.

Transgressions is bringing back the questions we had from Un principe d'émotions (Argol, 2011), concering the 'creation' concept; it reveals the intimacy of the thought during the journey and the writing process for a unique cooking.

Regarded as one of the truly great chefs, endlessly innovative and creative, Pierre Gagnaire is pursuing a singular, amazing venture which he calls his culinary story.

It took three years of conversations to raise all the fundamental questions no great artist-chef has ever been asked before: his life of creating, sharing and handing down.

Born in 1950, Pierre Gagnaire unenthusiastically took over the family restaurant at the age of 26. At thirty, he opened his first restaurant in Saint-Etienne, then in 1992, the new restaurant where the following year he obtained three stars in the Michelin Guide, achieving international recognition. In 1996, he lost his restaurant, left the city and went to work in Paris, on the Rue Balzac, where he regained three-star status in 1998, ever since, he has been constantly creating new cuisine in Paris and around the world.